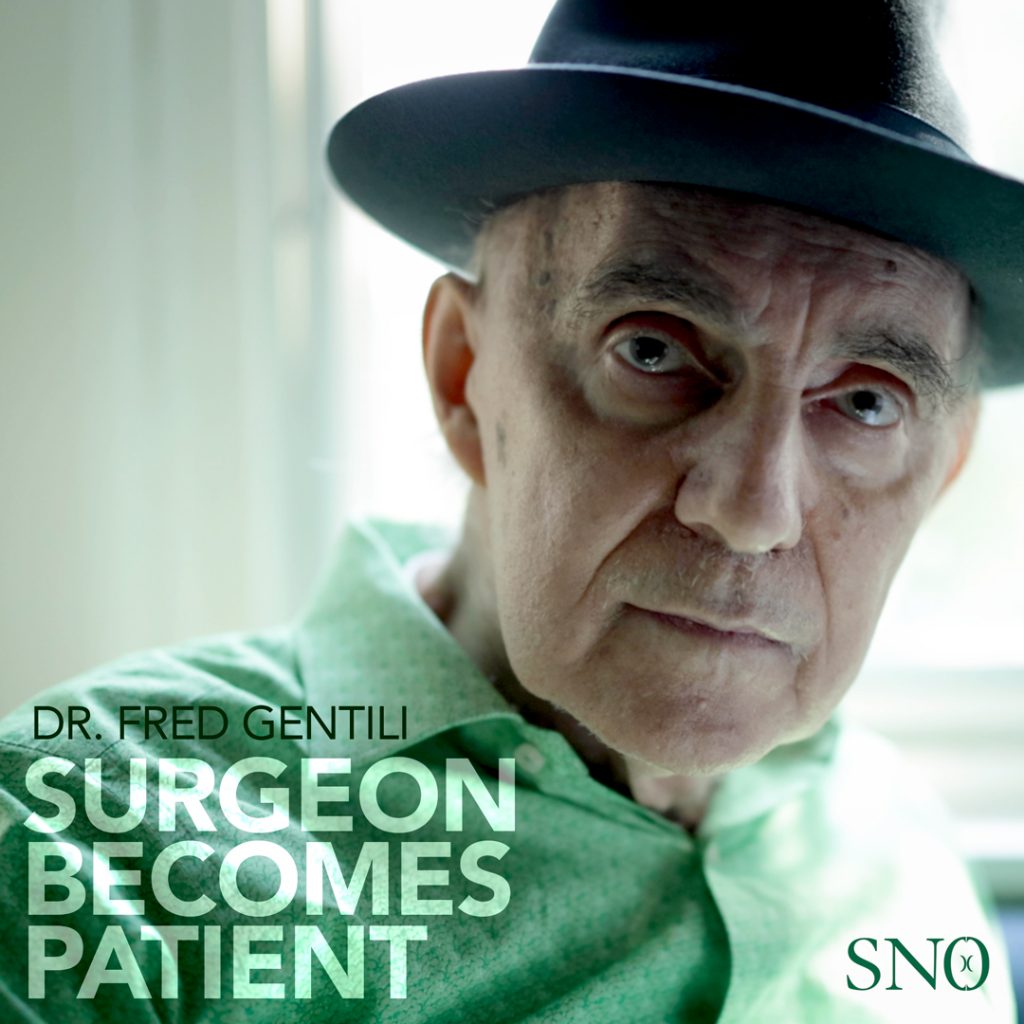 When world renowned Neurosurgeon Dr. Fred Gentili and a group of international residents and fellows surveyed Fred’s own MRI scan, they saw something ironic and devastating. The tumours in Fred’s brain were unmistakably glioblastoma – the most aggressive form of brain cancer and least understood.

After devoting 40-years to unraveling the mysteries of brain disease, Fred was now a cancer patient facing a terminal diagnosis. His initial experiences as a patient were eye-opening. Instead of surrendering to the disease, Fred leaned into his final journey.

The team at Storymasters had the pleasure of working with Fred, his wife Gina, and his neurosurgery colleagues at UHN in Toronto to make this impactful 14-minute short film. The film was commissioned by the Austin, Texas-based Society of Neuro-Oncology (SNO) – a global community of multidisciplinary healthcare professional dedicated to promoting advances in neuro-oncology.

The film premiered at SNO’s world conference in Boston mid-November 2021 to a combined audience of 2500 people. We’ve included some stills from the production below.